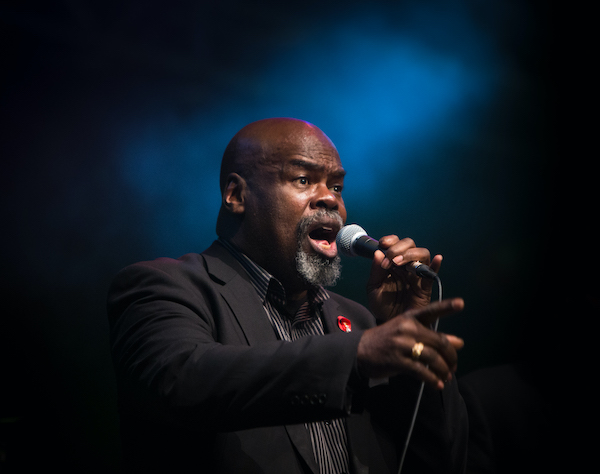 On September 16, join us as we welcome Marcus Mosely for a virtual performance and a Q&A – a first in a four part series of events about joy and resilience, fun, and activism that bears witness to what it means to be Black in B.C.

Marcus is a member of the Entertainment Hall of Fame, The Sojourners (singing trio), and has sung throughout North America, Europe, Asia, Africa, the South Pacific, Australia and the Middle East.

Originally from Ralls, Texas, Marcus grew up immersed in the music and culture of the Gospel tradition.  He moved to Vancouver in 1985 and became a Canadian citizen in 2008.  In 2016, he was inducted into the B.C. Entertainment Hall of Fame.

Black Artistic Expressions in B.C. is a community-university collaboration developed in partnership between local Black artists, IBPOC Connections: Staff and Faculty, and the Centre for Culture, Identity and Education at the University of British Columbia. Join us at the heart of each month for a celebration of Black lives, Black culture and activism, and Black musical and poetic expression.

UBC is located on the traditional, ancestral, unceded lands of the xʷməθkʷəy̓əm (Musqueam) people.

About Your Host: Ndidi Cascade

Ndidi Cascade, who is of Nigerian-Italian-Irish-Canadian heritage, is a Vancouver born and based hip hop vocalist. She is also a songwriter, recording artist, educator and program facilitator. Ndidi has showcased her music across North America and internationally– from classrooms to stadiums, and her music has been featured on Much Music and MTV Canada. She has shared the stage with talents such as Wu-Tang Clan, Femi Kuti, Digable Planets, The Mad Professor, De La Soul, K-OS and K'naan.

Ndidi Cascade also facilitates and manages programs that use hip hop, spoken word and dance as a medium for healthy self-expression. She is the founder of the “Word, Sound & Power” and “Elementalz” education programs, which are designed to raise awareness of the origins of the hip hop movement. Ndidi is also a World Music Education independent school teacher, and she currently tours with her group Metaphor, showcasing interactive hip hop shows in elementary and high schools around British Columbia.